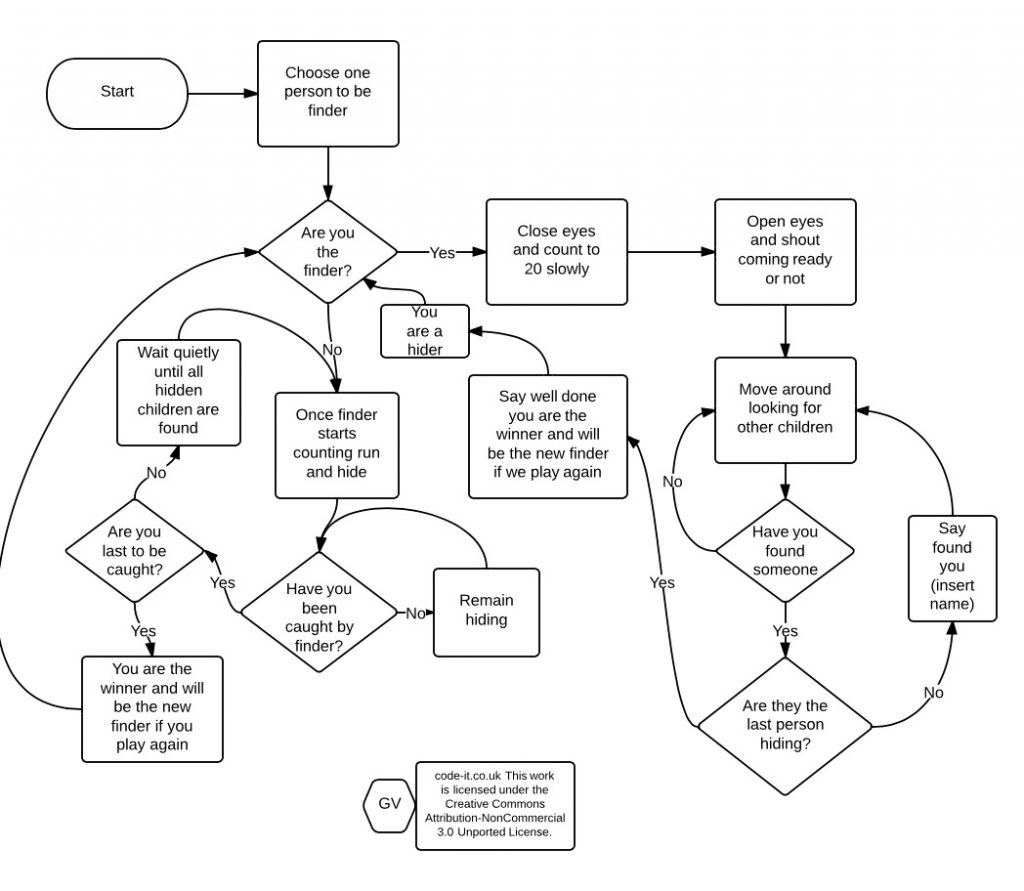 This is an activity suitable for older children – we used it with 9-11 year olds.  Print off these algorithms and in groups of 3 or 4, ask the children to look at the flow charts and tell them they are algorithms  for some simple playground games they probably know.  Clearly, the names of the games will be specific to each country or even each region but we have chosen some we think are played almost everywhere – like ‘Hide and Seek’.

There are no names on the algorithms because you need to ask the children if they can work out what the game is called (and the names will vary by country!).

If you want to extend this activity, then show them the second set of cards.  Each of these has a bug in it. Can they find it?

If there is a game they are not familiar with, can they follow the algorithm and play the game?

Finally, ask them to work in groups and write the algorithm for another simple game they play in the playground.

In the discussion, ask how they would normally explain a game to someone.  Compare this with the algorithm.  What are the major differences?  (Usually, verbal instructions tend to start with ‘the object of the game is…’ followed by a list of rules whereas the algorithm will start with the first decision you have to make.)