Are there gender issues? 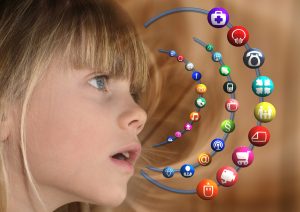 Evidence shows that girls (relative to boys) start disengaging from IT and technology at age 7.

“the gender gap is not at all connected to innate ability; girls are not less likely than boys to be good at these subjects.

In fact, The Engineer reports that in the UK girls outperform boys up to GCSE level (exams taken at age 16). But after this, the further on you go, the fewer women you find pursuing these subjects

For instance, women make up just 12% of engineering students at universities in the UK, and just 4% of those taking engineering apprenticeships.” (Ref)

“A statistical report by WISE (Women in Science and Engineering) shows that girls in the UK only begin losing interest in science as they grow into their teenage years.” Roughly equal numbers of boys and girls study STEM subjects at GCSE with girls marginally outperforming boys, the gap then widens significantly at A-level and again at undergraduate level with fewer girls continuing to study STEM subjects.

There is no evidence to suggest any physiological or cognitive reason for the gender gap.

“The research suggests that perceived or actual differences in cognitive performance between males and females are most likely the result of social and cultural factors. For example, where girls and boys have differed on tests, researchers believe social context plays a significant role. Spelke believes that differences in career choices are due not to differing abilities but to cultural factors, such as subtle but pervasive gender expectations that kick in during high school and college.” (APA)

The differences are best explained by stereotyping and social pressures.

“The decline in STEM interest which begins in adolescence increasingly manifests itself in STEM participation in the last years of high school, when girls can express their own wants. Teenage girls score lower than boys on math SAT tests, take fewer AP tests in calculus, physics, and computer science, and are less likely to select college STEM majors (AAUW, 2010). We propose that these trends are connected to girls’ perception of STEM as masculine and their internalization of feminine norms. Girls are caught in a “double conformity” bind, in which they must opt out of femininity or opt out of STEM”  (Ref)

In an attempt to redress the balance there are a growing number of initiatives aimed exclusively at girls, Google’s Made With Code project promotes computer sciences to girls ‘For students today, coding is becoming an essential skill, just like reading, writing, and math. If you have a daughter, niece, or other girl that you know, encouraging her to learn to code can open up countless opportunities for her future. Whether she’s an athlete or an artist, loves animals, or wants to explore medicine, coding can help her pursue her interests now and create greater career options and job security for her future. Long story short? She can make anything with code.’

But these forms of positive discrimination are not without their problems. How do you appeal to girls without invoking traditional female stereotypes? Does pink lego really encourage girls to become engineers or does it reinforce the premise that pink is for girls whilst all of the other types of lego are for boys?

“The environment that we grow up in affects how our brain develops. Professor Rippon explains that any difference in brain circuitry comes through stereotyping. Our brain has an incredible ability to adapt, to learn, to accommodate, and to rewire (known as neuroplasticity), and to fit in to our community we adopt the standards, beliefs, and prejudices of those we want to identify with – such as the role of our associated genders. This can help explain the drop in girls taking STEM subjects during their formative years between GCSEs and A level.” (Ref)

So girls and boys need to see and hear about the women involved in STEM as early as possible.